The final match of the day trotted out two of the best nations in the history of rugby sevens: Fiji and New Zealand. There was a buzz in the air for Fiji starting with the win over New Zealand in pool play on Day 2. It was reminiscent of Samoa’s run to the title in 2010. The Fijian support was strong and the team was executing on all cylinders. The confidence gained from the Day 2 win and backed by the roars of the crowd spurred the Fijians to a 21-0 lead at the break. Fiji reached 28 points before New Zealand crossed for a score. A bit like the French match, Fiji’s big lead was trimmed toward the end, but never surrendered the lead: Fiji 35, New Zealand 19.

The series takes a break before heading to Hong Kong next month. 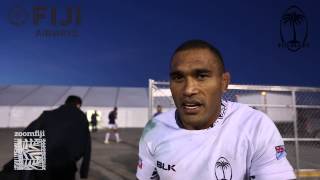 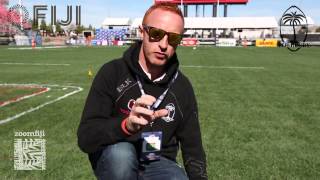 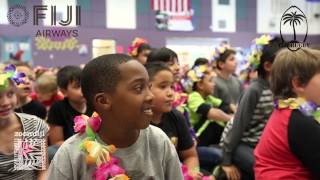 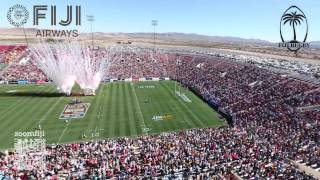 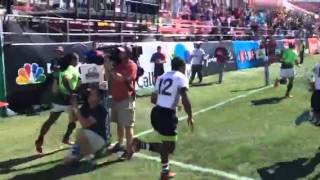